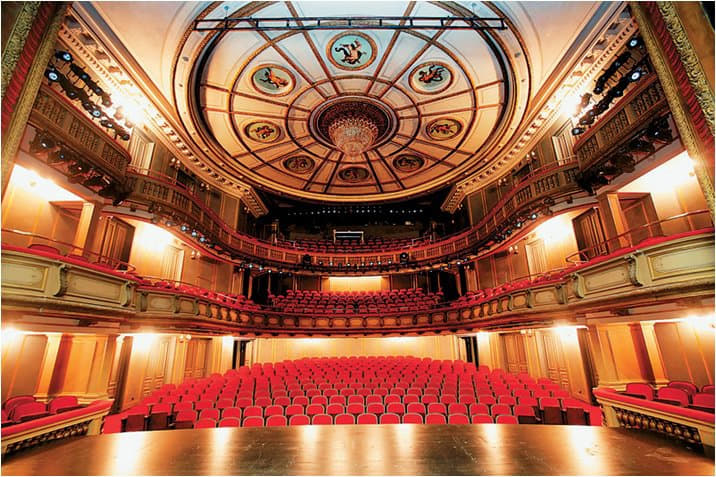 The first stage of what later became the National Theatre Organisation was built between 1895 and 1901 by the architect Ernst Ziller on the orders of King George I
The historic neoclassical building on Agiou Konstantinou Street operated as the Royal Theatre from 1901 until 1908, when it closed due to bankruptcy. It opened on 24 November 1901 with a monologue from Dimitris Vernardakiss Maria Doxapatri and two Greek one-act comedies: The Death of Pericles by Charalambos Anninos and Servant Wanted by Demetrius Koromilas.

The building was renovated from 1930 to 1931 under the supervision of the set designer Kleovoulos Klonis. Since 1932 it has served as the Main Stage of the National Theatre, operating at different times under the names Dramatic Stage, Pioneering Stage, Afternoon Stage and Second Stage.

The last performance at the Main Stage before its most recent renovation was in 2001.

In 2006, the then artistic director Nikos Kourkoulos signed the contract for the restoration of the National Theatre and today, the Main Stage is an entirely new structure created in the space of the old theatre, now extending further underground.

The new theatre comprises the main stage area with the stage tower; the wings, with direct access to the scenery storage area; the proscenium; and the space beneath the stage.

The new stage has a width of 17.60 m and a depth of 21.40 m. The stage tower is a single metal construction with the lateral stage, which is 13.90 m wide and 18.30 m deep and has a clear height of 9 m. The central stage is linked to the lateral stage by an opening which is 8.96 m wide, isolated vertically by a moving sound-insulation panel.

The modernization of the technical equipment of the Main Stage meets the latest standards and fulfils the requirements for the staging of a wide range of performances.

Special care has also been taken for people with hearing difficulties, for whom independent facilities have been installed.

The Main Stage opened to the public on 14 October 2009 with the production Nowhere by Dimitris Papaioannou. 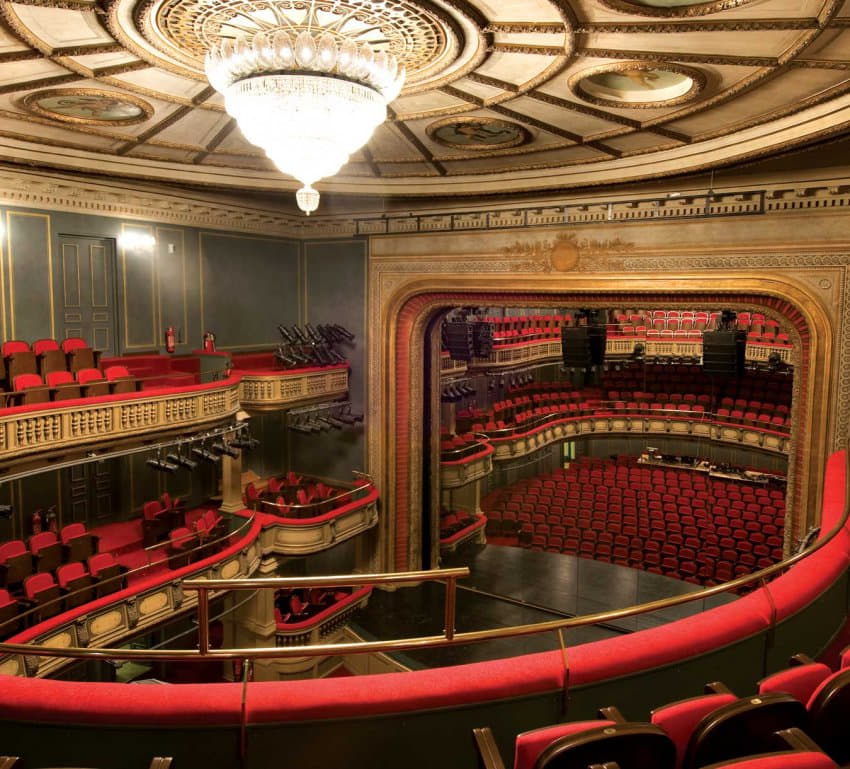 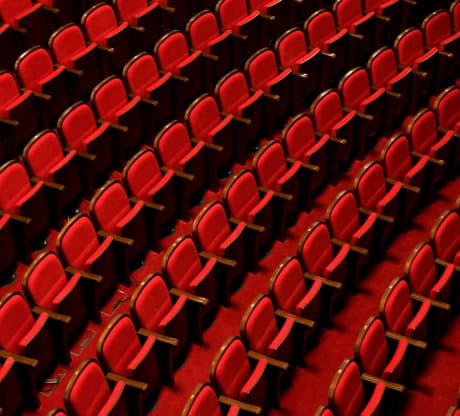 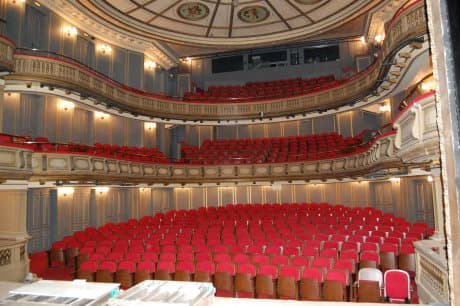 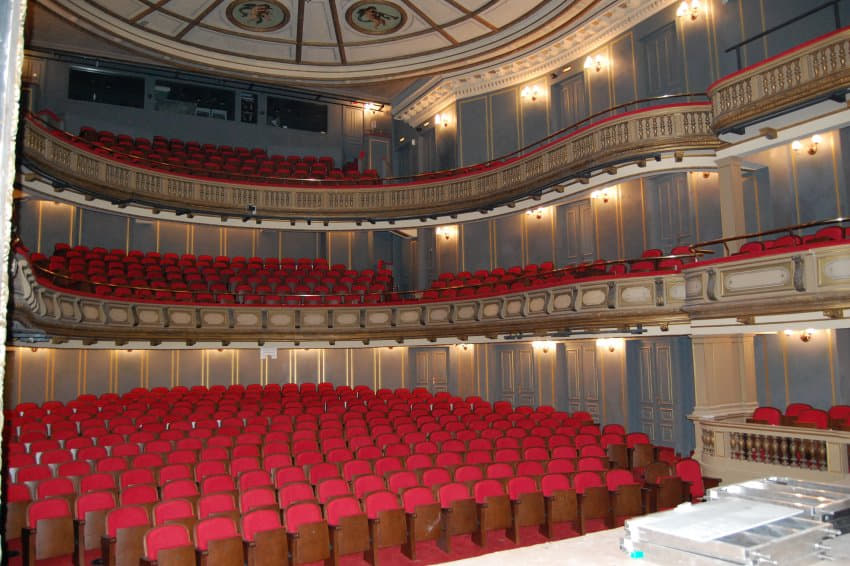 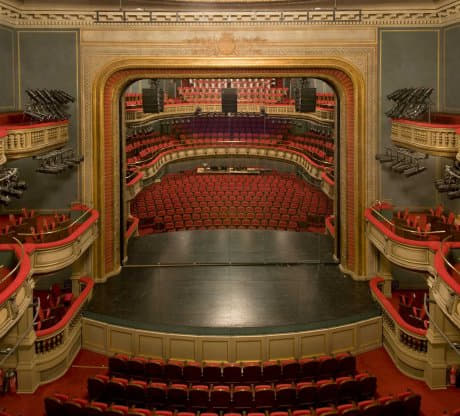